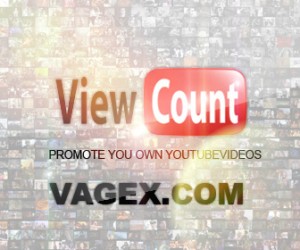 There is a war going on outside no man is safe from! Deception is at an all time high. Ever wondered how extremely horrible videos receive such a high view count? As you may already know there are a few "buy hits" websites all over the net. One of the more popular YouTube channel platforms made available are Vagex which is partially held responsible for this disaster.

The views are by real people mostly held in the United States. They price credits so cheap that you could possibly go on eBay and Fiverr and sell 2000 views for $5! If you choose not to do this then you can earn credits by downloading one of their free viewers and letting it "watch" videos for you in the background.

Remember in December when YouTube put the hammer down on the major labels for faking the funk? Check it out:

The biggest fail about this is yeah you generate hits but make no real fans at all. You hear that all my indies? No future in your faking!

The FAQ for Vagex lists these benefits for using their services:

Check out the website MusicThinkTank for examples of how it goes down. This is just a travesty in my opinion. I'm pretty sure anybody that would use their services wouldn't admit to anyone anyway!

Keeping In Touch With Your Tour 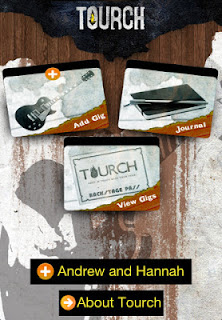 Say hello to perhaps one of the most important resources a touring musician could ever have.  The app called Tourch is only found on iPhones will be your new best friend. It is a mobile application created to make musicians life easier when it comes to handling merchandise, touring, etc.

Tourch accounts and tracks all of your merchandise sales on any given night of your tour. A great way to keep organized and up to date with how much merchandise you're going through and how much you need to keep on hand.

This becomes a must have for any tour manager considering you can create multiple accounts for each artist and/or band being handled.

There is a journal section so that you can track things such as:

Expense: Keep track of your expenses on the road & export your information to a spreadsheet to manage your Profit & Loss

Category totals: Keep track of your different merchandise categories and how much you sold over the course of the night. Create quick recaps of how many CD's your sold, how many t-shirts you sold etc. Find all these categories in one place!

The key to heading out on tour is thorough organization and now we have an app that can make it 10X easier to execute! This is an app well worth the $5 considering what you get in return. 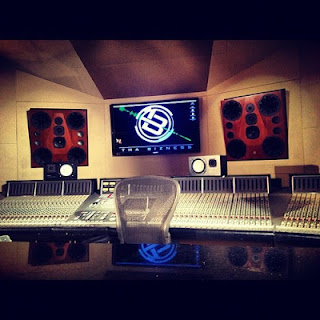 Any time the Grammy Award Winning, Multi Platinum Super Production Team, The Bizness is in your studio lets be clear a hit is on the way.

The Bizness took Native Instruments through the creation of Kendrick Lamar's track titled "Sherane" from his major label debut studio album "good kidd, m.A.A.d city". The session was done with Patchwerk's own Dee Brown.Check out the video and take notes!

How Much $$ You Really Make Online

Jay-Z Says What We've Been Telling You For Years

Over the years we've done a million and one showcases and open mics. And one of the most frustrating things used to be getting artists not to rap/sing over their vocals. Well, if you haven't heard, Jay himself made big news when he refused to continue his performance at the recent So So Def reunion concert. Apparently, it has to be the "show track" or no deal. Big-ups on that one Jay...

What Genre Are You Really?

These days there's a lot of blurred lines. Ask an artist what type of music they do, you'll get answers like "a lil bit of everything" or even the popular "it doesn't really fall under a genre". Right. Truth is, it does. For very real reasons, (like getting paid for instance), your record needs to fall under one of these genre classifications. Not only that, deciding exactly where you want to fall adds focus to your sound. Different isn't always about doing what no one else is doing. Often times, it's simply about doing it better, or rather, in your own unique way.


The list below is directly from Nielsen Soundscan's database. You're welcome.

Werking For The Youth: The POP Program(Pain On Paper)- Good Men Documentary

Music can bring about so many emotions. Thanks to founder,  Pezo Johnson from Streetz 94.5, music is saving the life of many by teaching kids on how to redirect their anger or pain to write a poem, rap, or short story. Finding alternative ways to sculpt their anger into positive energy. The program is called Pain On Paper/Poems Over Pistols. 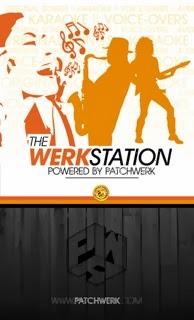 Thank you to everyone who participated in our first contest, Werk The Booth, at The Mall Of Georgia. Glad to announce the winner of the contest was Naomi Kenyon. Her talent impressed our contest judges Tha Bizness and indeed will be signed to a deal with the production duo! 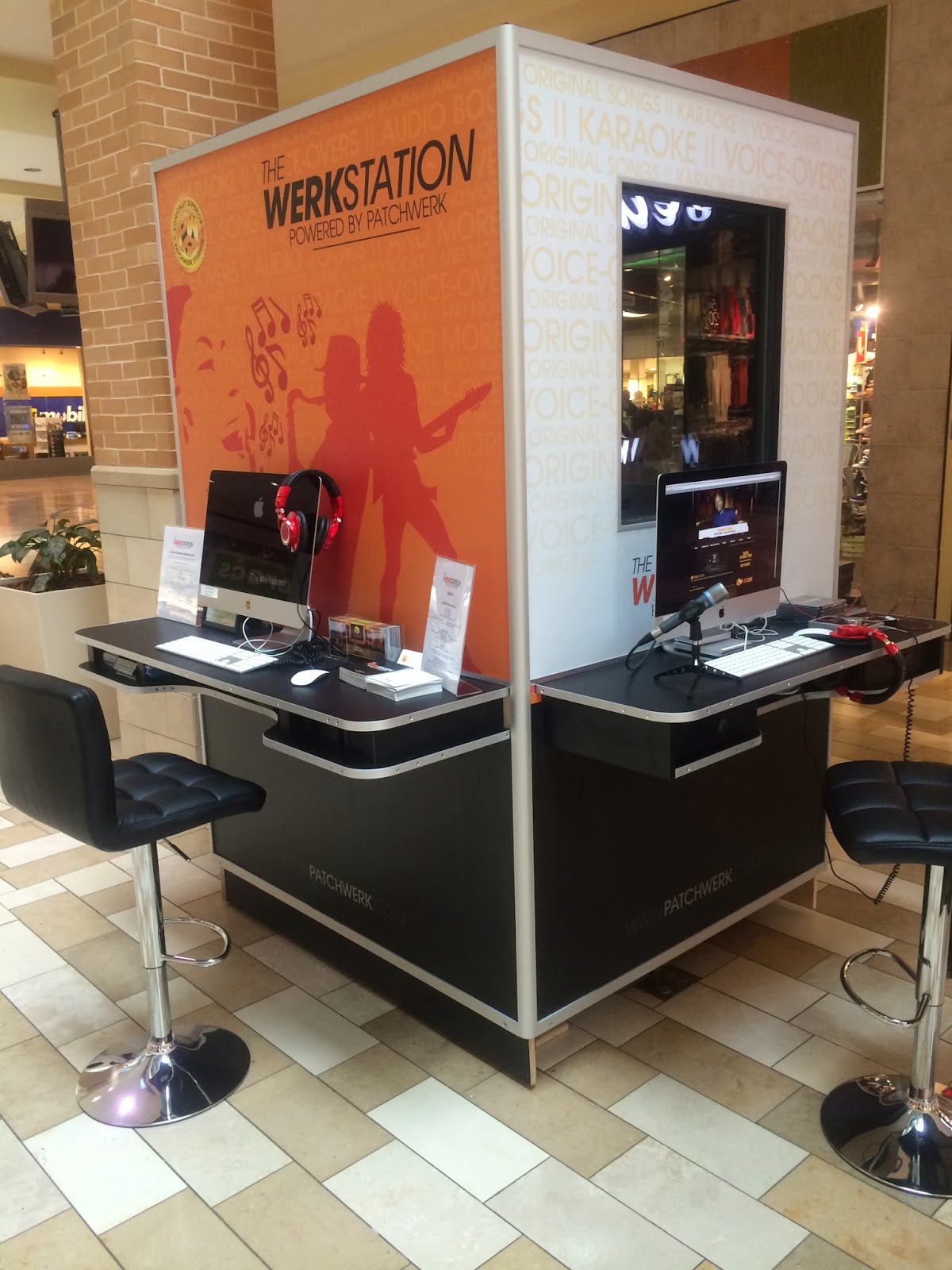 March 7th-12th 2014, The Werkstation is hosting it’s second ‘Werk The Booth’ contest, this time in conjunction with EMI publishing producer ‘Fatboi’ who is in search of the most Creative, Unique and Talented artist / songwriter / instrumentalist of All Genres. Finalists will receive the opportunity to collaborate with Fatboi in studio on a current project. The winner (Artist or Instrumentalist) will receive Patchwerk Studios' 'Single Deal' OR (Writer) have their song shopped to a well-known artist for potential placement.
Published in All Categories
Be the first to comment!
Read more...
Saturday, 22 March 2014 01:05 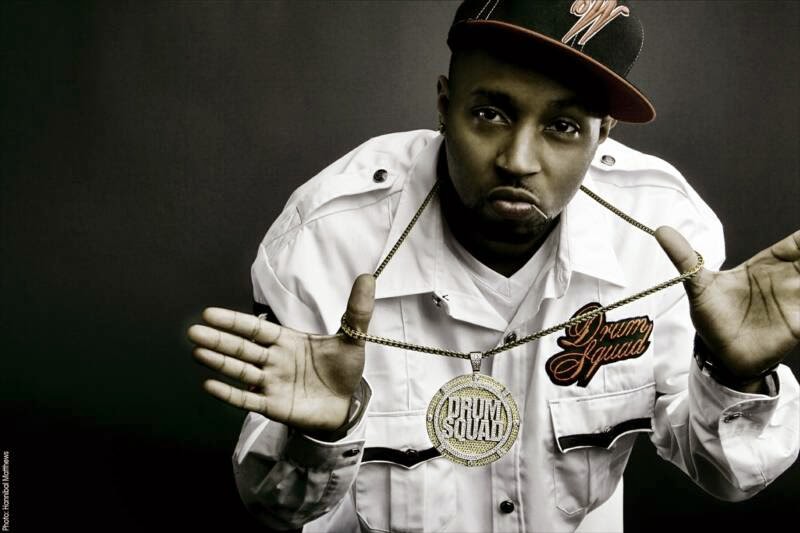 March 27th-April 2nd 2014, The Werkstation is hosting it's third 'Werk The Booth ' contest, this time in conjunction with DrumSquad producer 'Drumma Boy' who is in search of the most creative, unique and talented Producers / Artists / Songwriters / Instrumentalists of All Genres.
Drumma Boy (www.drumsquad.com) has worked with an array
of acts that include 2 Chainz, Juicy J, Young Jeezy, T.I., Kanye West,
Lil' Wayne, Drake, T-Pain, Usher, Ciara, Wiz Khalifa, Wale,
Waka Flocka Flame, Rick Ross, Drake, Gucci Mane, Bow Wow,
Soulja Boy, Ludacris, Yung Joc, Fabolous, Roscoe Dash, Rick Ross,
E-40, Monica, Goapele, Stephen Marley, Damien Marley, Rocko, Lil' Jon,
Travis Porter, and Chris Brown. He won "Best Indie Producer of the Year"
consecutively at the 2009, 2010 and 2011 Southern Entertainment Awards.
He received a nomination for "Producer of the Year" at the 2008
Ozone Awards and at the 2010 BET Hip Hop Awards. His beats
assisted with two nominations during the 2009 Grammy Awards including
his work on T.I.'s Paper trail (Best Rap Album) and "Put On"
by Young Jeezy & Kanye West (Best Performance by a Rap Duo)
In 2011 his hit single "No Hands" for Waka Flocka, Roscoe Dash and
Wale received a nomination for "Best Collaboration" at the
2011 BET Awards and picked up the accolade for "Best Club Banger"
at the 2011 BET Hip Hop Awards.
Published in All Categories
Be the first to comment!
Read more...

Sorry, we currently have no events.
View All Events